Ravagnan can design and construct rotating systems used to remove sludge with a high specific weight which accumulates at the bottom of circular tanks.

The special feature with this type of mechanical unit is the dual circular and vertical action, which allows the scraper bridge to rotate and rise and fall simultaneously during the various tank cleaning phases. 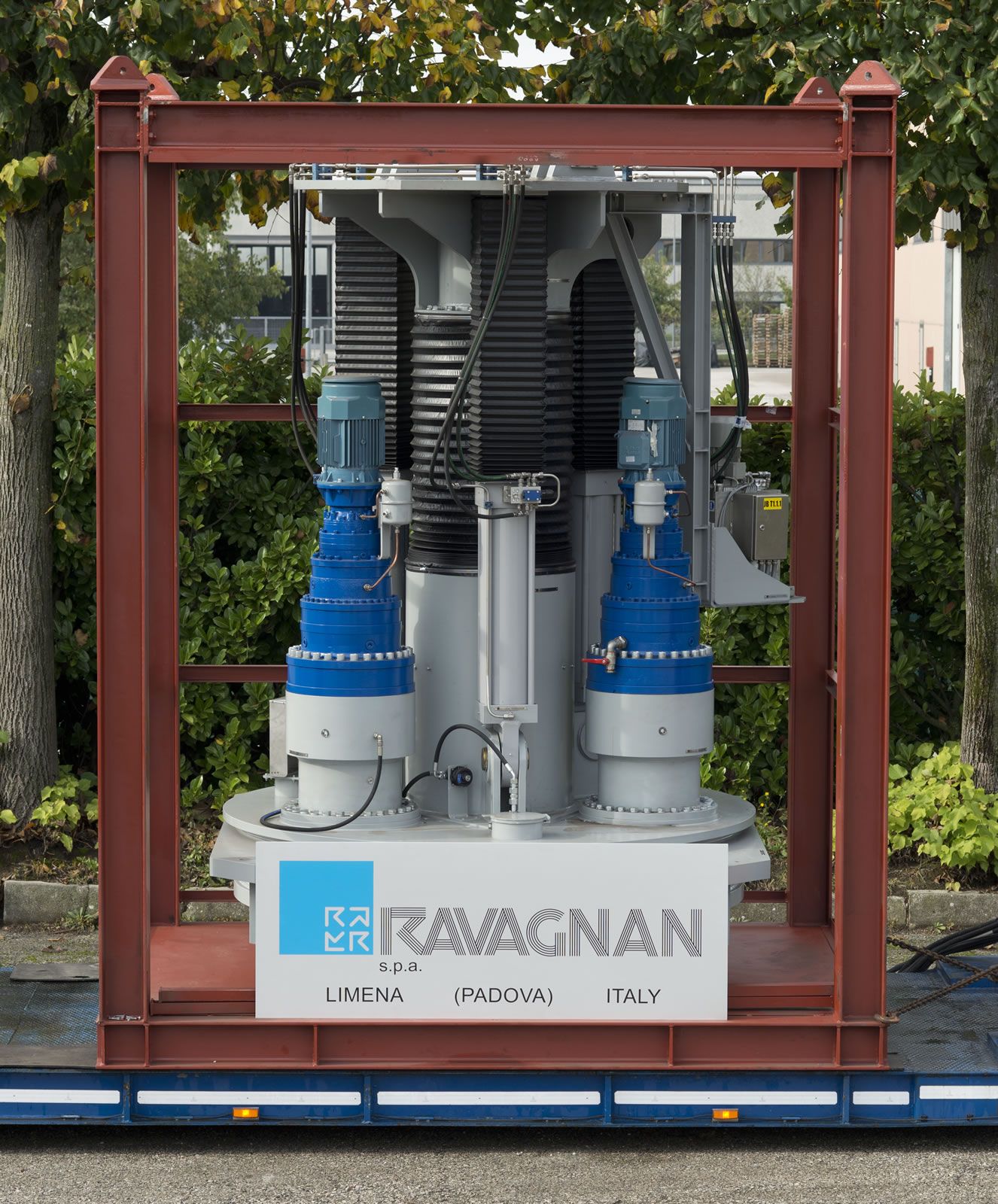 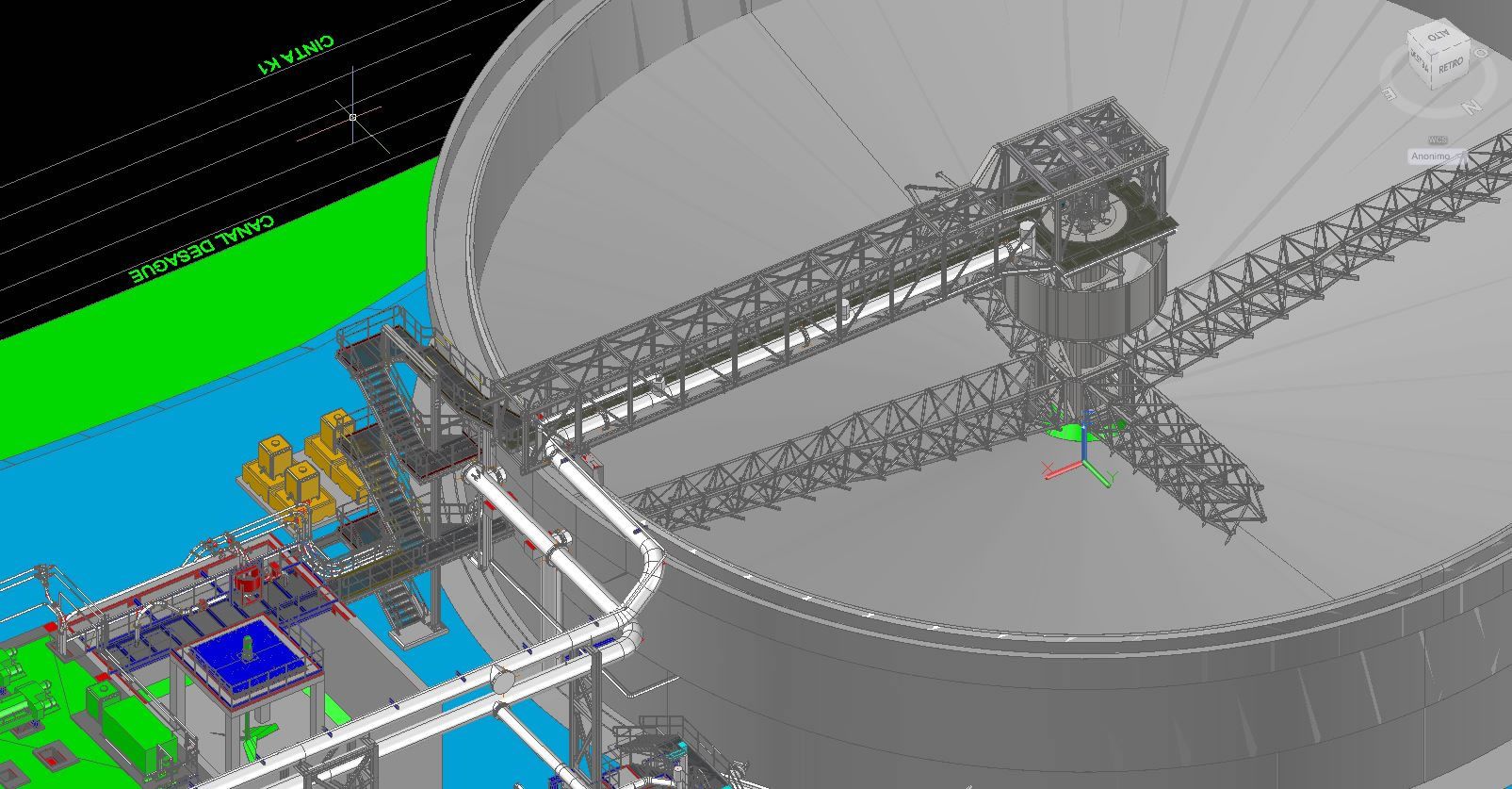 The handling system includes a stationary central column supporting a vertical rotating beam with scraper arms fitted. The scraper arms are lowered and/or raised, even to a height of 700 mm, via a set of hydraulic cylinders assembled between the stationary support and the rotating section, operated by a hydraulic power unit.

The scraper arms and the entire handling system (gear motors, thrust block) weighing up to 35,000 kg is raised, leaving only the service walkway stationary.

This system is widely used in the mining industry, where the concentration and specific weight of sludge is very high.

Ravagnan produces mechanical central handling units for tanks with diameters over 50 m for treating large flows of waste water (greater than 2000 m3/h) with a high particulate content. These plants are capable of removing up to 100 t/day of sludge produced and tolerating torque values greater than 400 kNm.

An example is primary or final sedimentation tanks to treat industrial/domestic waste water, which produce sewage sludge full of mud and suspended particles.

Let's stay in touch, subscribe to the newsletter and receive updates from the Ravagnan world